What is a pacemaker?

What is a pacemaker? 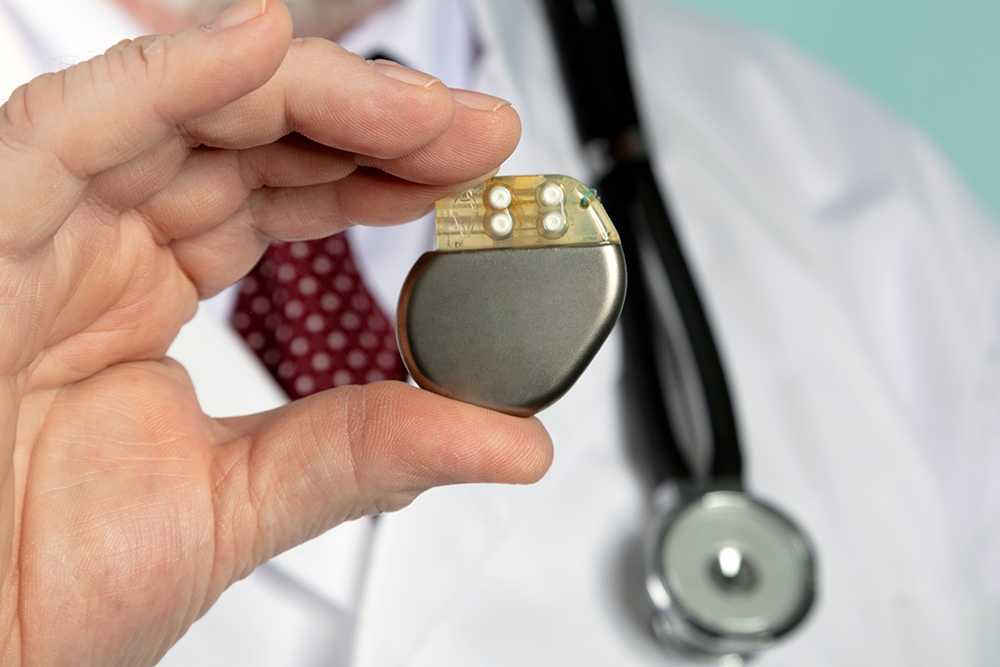 A pacemaker is a battery driven device, which is placed (implanted) in the chest in order to prevent the heart from beating too slowly. The pacemaker continuously monitors the heart rhythm and when a slow rhythm is detected, it produces electrical signals and stimulates the heart. A pacemaker can treat the symptoms caused by the slow heart rate (fatigue, dizziness, fainting etc). It cannot, though, treat fast heart rates and symptoms caused by tachycardias.

A biventricular pacemaker or cardiac resynchronization therapy (CRT) is a specific type of pacemaker which is used when there is both heart failure and uncoordinated contraction of the ventricles. A CRT device can stimulate both ventricles of the heart simultaneously in a coordinated way, obtaining a more efficient contraction of the heart. A biventricular pacemaker has all functions that a common pacemaker has, which means that it also prevents slow heart rate and relieves the symptoms caused by bradycardias, but it cannot prevent or treat fast heart rates.

The size and shape of a pacemaker may vary depending on the manufacturer and the model. A biventricular pacemaker is in general larger than a common pacemaker.