The normal heart rhythm and anatomy

The normal heart rhythm and anatomy

To understand the different usages of cardiac devices, it is important to look at the anatomy of the heart and the normal heart rhythm first.

The heart is a muscular pump consisting of four chambers which circulate the blood through the whole body. The two upper chambers are called atria (right and left atrium) and receive the oxygenated blood from the lungs (left atrium) or deoxygenated blood from the rest of the body (right atrium). The two lower chambers are called ventricles (right and left ventricle) and pump the blood to the lungs (right ventricle) or to the rest of the body (left ventricle). 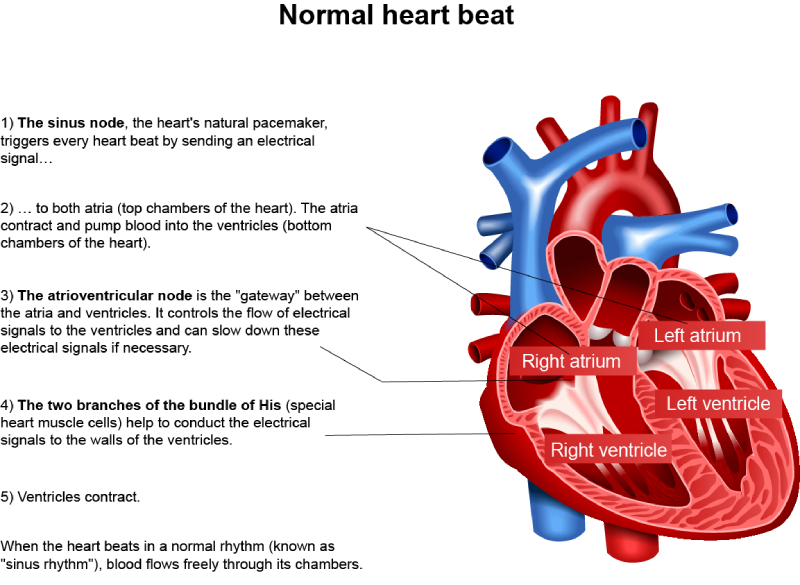