The different types of pacemakers

The different types of pacemakers

The number of leads vary depending on the number of chambers of the heart that need to be treated. A pacemaker can have 1, 2 or 3 leads. Some modern pacemakers do not have leads in order to deliver the electrical signals to the heart muscles. These pacemakers are called leadless. 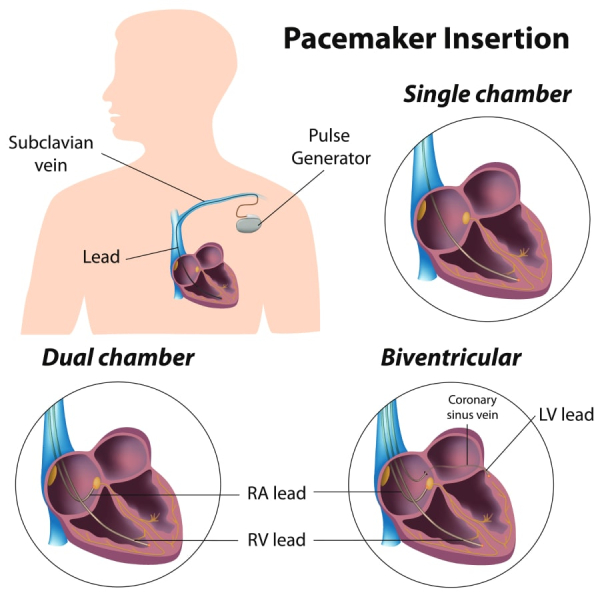 A biventricular pacemaker, also called cardiac resynchronization therapy (CRT) has two or three electrodes, which deliver the electrical impulses to the right ventricle, left ventricle and right atrium. When the rhythm of the heart is atrial fibrillation, no electrode in the right atrium is required.

The role of a CRT device is to coordinate the contraction of the right and left ventricles, making each heartbeat more efficient.